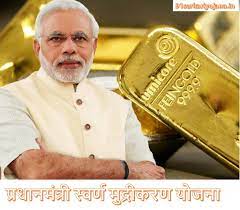 Recently, the Reserve Bank of India has made the Gold Monetization Scheme (GMS) more liberal, allowing depositors to deposit their gold directly with banks and refiners. 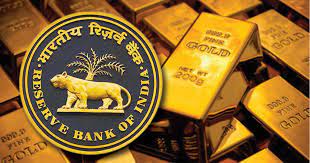 It is worth noting that earlier any depositor had to first deposit his gold with the Collection and Purity Testing Centers (CPTCs) which are recognized by the Bureau of Indian Standards.

After this, the CPTCs used to give certificates to the depositors for the deposited gold and on the basis of that certificate, the bank would open the account of that person.

According to the data, only 16 tonnes of gold has been collected under this scheme so far and on the basis of this it can be said that this scheme has failed to attract Indian depositors.

The main reason for the failure of this scheme is believed to be the apathy of the banks towards the scheme, as well as the challenges faced by the banks in dealing with CPTCs.

After a long series of negotiations, RBI has decided that now the depositor can also go directly to the banks.

This move by the Reserve Bank will make it easier for temples, fund houses, trusts and even government entities to deal with banks instead of CPTCs.

RBI has directed all the banks to identify their branches in all the states and union territories at the earliest where they will accept the gold deposited by the people.

This scheme was started by Prime Minister Narendra Modi in the year 2015.

On this they get interest from 2.25% to 2.50% and after maturity they can get it in the form of gold or rupees.

The special feature of this scheme is that earlier people used to keep gold in the locker and for this some amount had to be paid, but now there is no need to take the locker and some fixed interest is also available on it.

The 'Gold Monetization Scheme' was launched to reduce India's large-scale gold imports as gold imports are a major factor in India's trade deficit.

Under this scheme, people can deposit their idle gold in the form of 'Fixed Deposit' in the bank.

The government hoped that with this initiative, gold lying idle in homes and temples would be deposited in banks in large quantities, which could be melted down and given to jewelers and other users.  Thus gold imports can be reduced through recycling of gold.